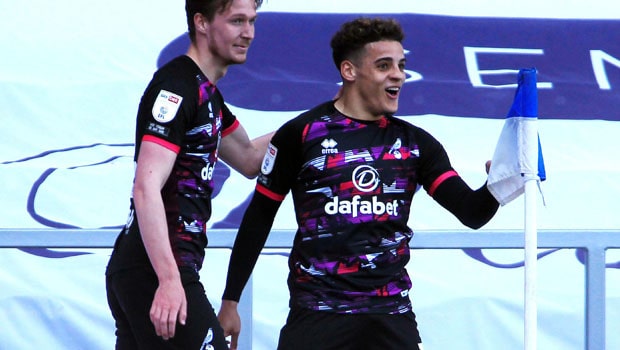 The interests in Norwich City’s youngster Max Aarons have not stopped as three Premier League sides have continued to try to secure the signature of Max Aarons.

The 21-year-old defender has had an eventful season playing 43 games in the Championship, so far as the Canaries secured the return to the top flight last weekend.

The Gunners are interested in cashing in on Spanish defender Hector Bellerin in the summer, and the England U21 is regarded as the potential replacement.

Norwich City has placed a £30 million price tag on the player who was part of the team’s Premier League promotion and campaign last season.

However, the Gunners are competing with the likes of Manchester City, Everton, Crystal Palace, as well as Bayern Munich.
Furthermore, the Gunners are also interested in highly rated and impressive Argentine midfielder Emiliano Buendia, who has been one of the Canaries’ best performers this season.

The Argentine midfielder, 24, has played 37 times and scored 14 goals and 17 assists in the Championship.

Now rated at £40 million, Buendia joined the Canaries from Getafe in 2018. He has been impressive for them and attracted interest from many European clubs.

Daniel Farke’s side has since secured promotion into the Premier League after an impressive season where they have topped the championship with 93 points from 44 games played.

They have been followed by fellow relegated side Watford who sits second with 88 points.

The recent managerial shuffle in Germany has left Farke attracting interest from Germany, albeit he has always stated his desire to stay at Carrie Road, where he has managed to help develop players like Ben Godfrey, James Maddison, Max Aarons, and Emiliano Buendia.